← more from
Youngbloods
Get fresh music recommendations delivered to your inbox every Friday.
We've updated our Terms of Use. You can review the changes here. 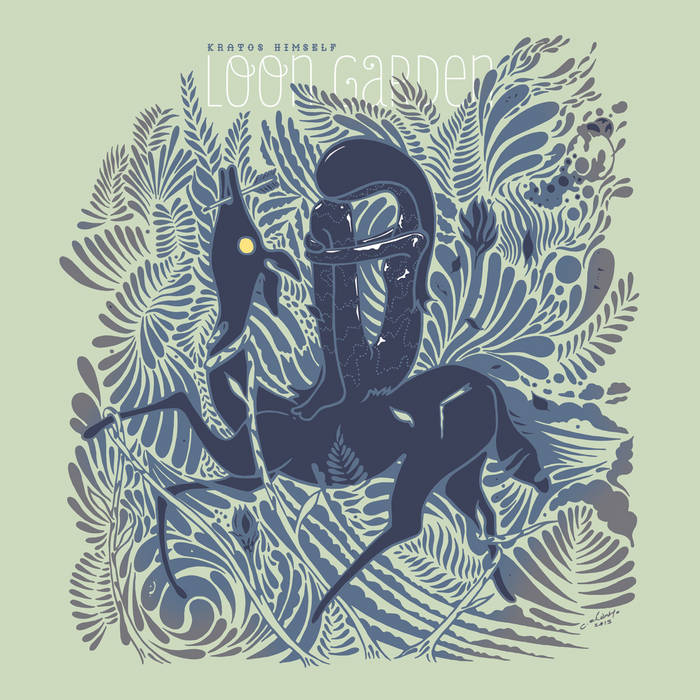 ajatuslapsi Good downtempo album. Have to say, the cover caught my attention. Recommended to fans of downtempo, electronica and poppy ambient.

OVERTURE. As the forest settles down for winter, newly arrived songs echo louder and louder still, spared the midsummer chaos.

ARIA. A new neighbour, with a fresh face, tender from travel, lands with patient jazz steps, swaying in time with gentle melodic movements. We spy a hero in KRATOS HIMSELF, here to make his hybrid acoustic orchestrations at home in our halls, as we move to make peace.

CHORUS. A traveler with friends in the wind and in the waves, his formal testament comes by itself, solemn in its purity. Yet the initial correspondence comes upon the dark, jazz-inflected shoulders of SAM A LA BAMALOT and MINIMAL ORCHESTRA, both of whom tell different tales of the same road.

CODA. Carved into a limited number of yellow vinyl, LOON GARDEN is merely the first, concluding prophetically with a taste of its successor, due out mid-2016.

Quelle Chris joins the show to discuss his most recent release, "DEATHFAME"